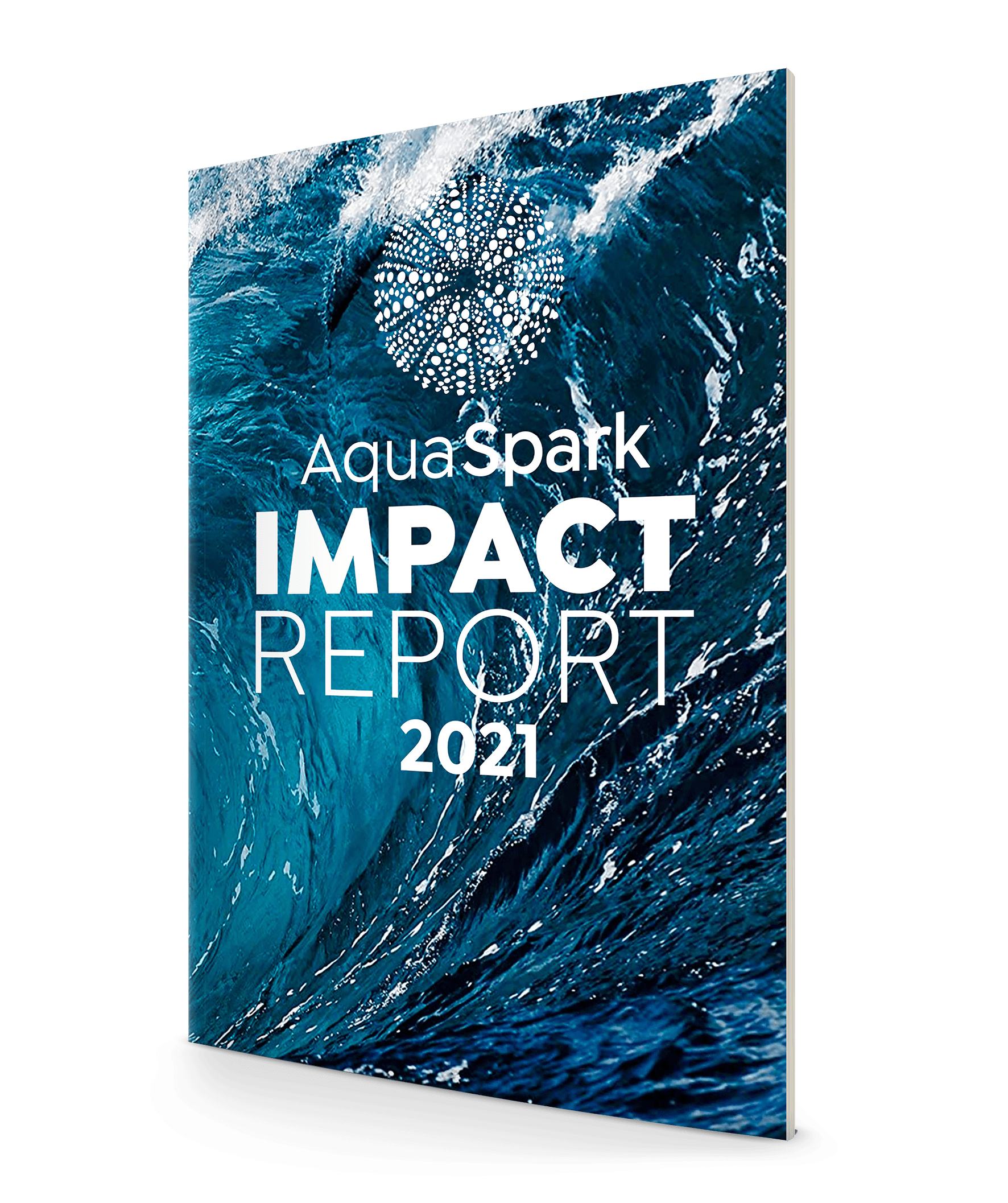 The 90-page report dives into the food challenge of sub-Saharan Africa, why tilapia should be part of the solution, the geography of tilapia production and all elements of the tilapia supply chain. We’ll also elaborate on Aqua-Spark’s Africa Fund that will be launched in the last quarter of 2021. Why start this report series, beginning with a report on farmed tilapia in sub-Saharan Africa you ask? Let us explain. 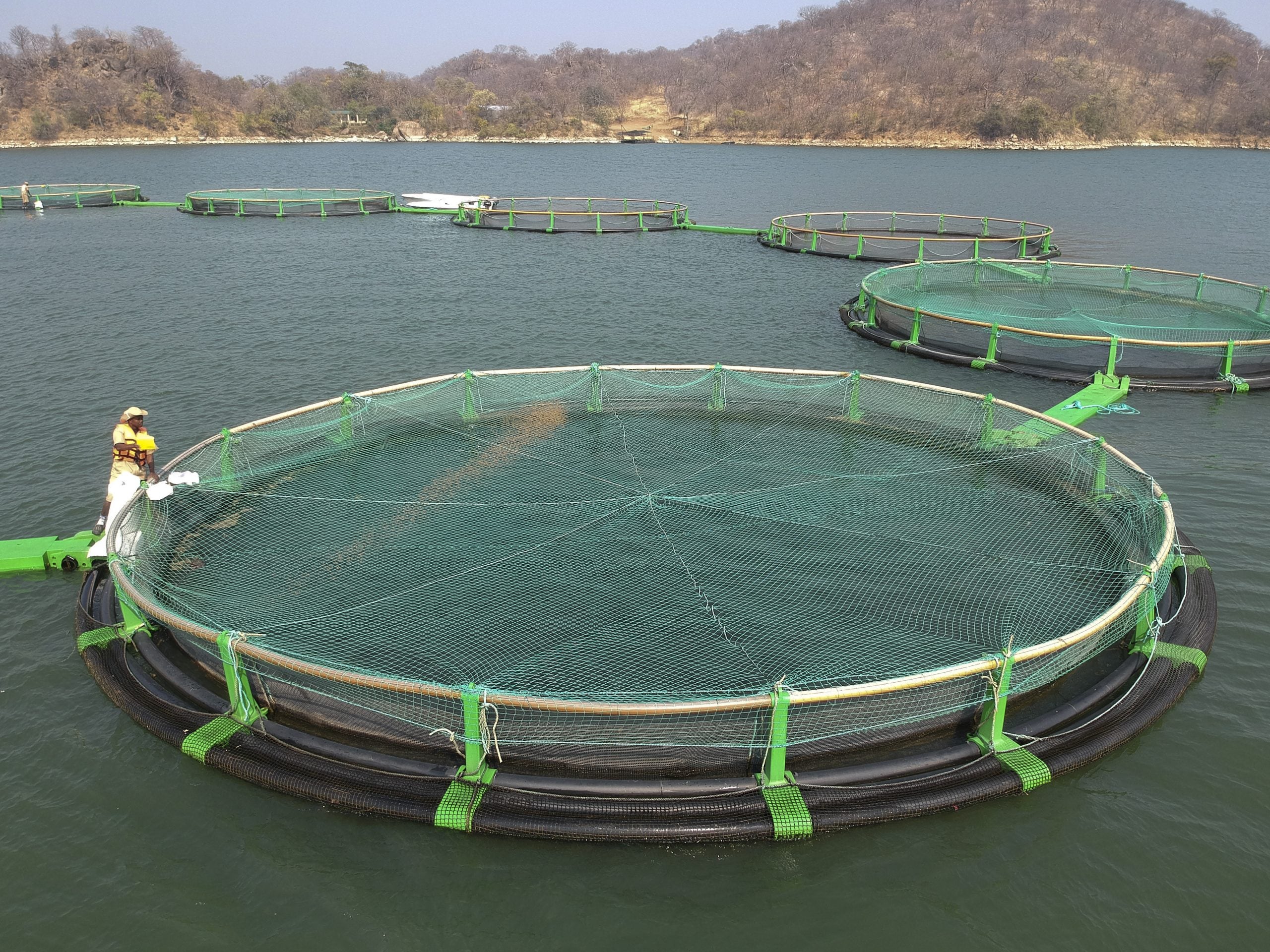 "By 2050, sub-Saharan Africa’s population will have grown from 1 billion to 2 billion and its demand for fish from 10 million MT to 27 million MT"

At Aqua-Spark, we don’t doubt that aquaculture production in sub-Saharan Africa will grow. We know it will and we’re determined to ensure it does sustainably, with the capital support required to do so.

With a population of 1 billion and fish consumption at around 10 kg per capita, demand for fish in sub-Saharan Africa today amounts to around 10 million MT annually. Most of this fish is produced within sub-Saharan Africa. Of total local fish and seafood production (10 million MT annually), 1-2 million MT is exported to markets outside the region, which leaves 8-9 million MT to be consumed within sub-Saharan Africa. This figure is complemented by around 2 million MT of imported fish and seafood. Fishermen account for more than 95% of local production; around 70% of their catches come from the sea. The remainder is caught in inland lakes and rivers. Fish farmers account for less than 5%. Almost all farmed fish is produced in or around freshwater rivers and lakes. Marine fish farming is still insignificant.

As fishermen in sub-Saharan Africa are reportedly being confronted with declining catches due to depleting wild stock, they are unlikely to meet the foreseen growth in demand. If we want to satisfy sub-Saharan Africa’s demand for fish with local supplies, and prevent consumers from looking for imported fish or chicken instead, aquaculture production needs to accelerate. And tilapia is a great candidate: it’s healthy, sustainable, and affordable.

Tilapia is currently the most farmed fish in sub-Saharan Africa. However, at around 125,000-150,000 MT, its production is still small compared to major producers such as China, Egypt, and also Brazil, which annually produce 1.8, 1 and 0.6 million MT each.

Note: We are using the definition of regions within sub-Saharan Africa as used by the United Nations. This means that Madagascar, Malawi, Mozambique, Zambia, and Zimbabwe are classified as belonging to Eastern Africa, not Southern Africa.

Until the late 1990s, production was mainly driven by small-scale and commercial pond farms. Small-scale farmers were supported by governments and donors, but as they lacked a commercial approach, many of these farmers were not successful once the support stopped. This was the main reason behind the slow expansion of tilapia farming in sub-Saharan Africa up to the early 2000s. Since then, expansion has primarily been driven by commercial cage farms which were set up in places like Lake Volta in Ghana; Lake Victoria in Kenya, Uganda, and Tanzania; and Lake Kariba in Zambia and Zimbabwe.

Having been able to attract investment, several of these cage farms are now reaching scale. Today, FirstWave Group is the largest tilapia farmer in sub-Saharan Africa with two farms: Yalelo Uganda and Yalelo Zambia, which together produce 15,000-20.000 MT of tilapia annually.

Several other large farms produce between 5,000 and 10,000 MT each. Large farms operating a single site include Tropo in Ghana and Victory Farms in Kenya. Lake Harvest Group also produces in the 5,000-10,000 MT range but has three locations: in Zimbabwe, Zambia, and Uganda.

Besides large farms, dozens of small- and medium-sized cage farms are ready to step up, too. For example, our own portfolio company Chicoa Fish Farm that’s farming in cages in the Cahora Bassa Lake in Mozambique will reach a production volume of 1,500 MT this year and is expected to grow further to 5,000 MT within the next couple of years. 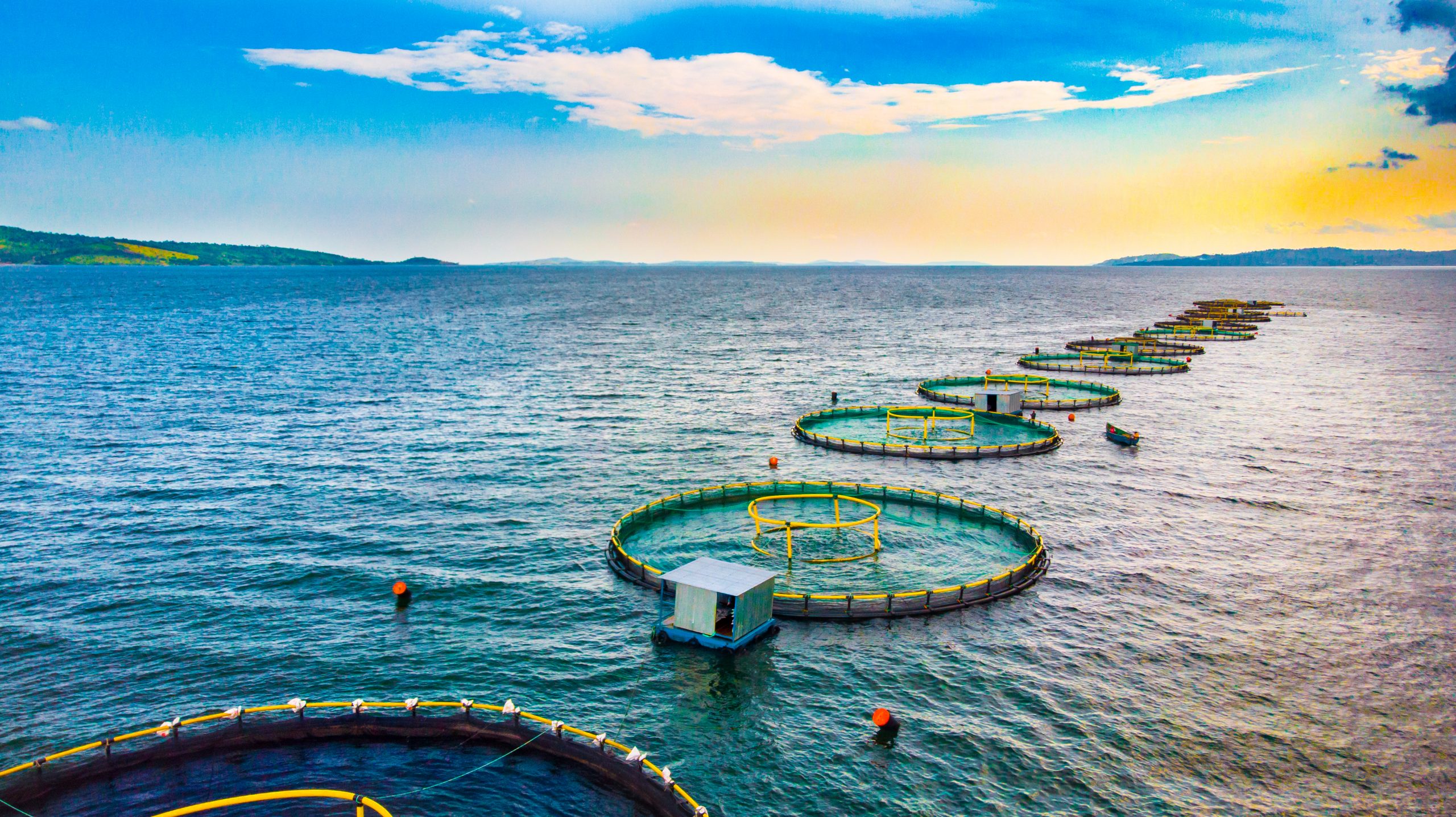 Once at scale, large tilapia farms become platforms for growth for farmers and others involved in their operations. These farms can provide jobs to people from local communities, use the capacity of their hatcheries and possibly feed mills to provide local farmers wanting to venture into tilapia farming as well with high-quality inputs, and support these farmers in marketing their fish through established marketing channels. As such, large tilapia farms can contribute to creating vibrant local tilapia industries which depend less or not at all on donor funding and government support. Therefore, we at Aqua-Spark believe that scaling up production through direct investment in commercial tilapia farms should be the highest priority to accelerate further industry growth.

Although capital requirements highly depend on local circumstances, to reach a yearly production capacity of 10,000 MT, we estimate that a cage farm requires an investment of around $9-10 million and a timeframe of about 7-10 years. This includes investments in basic infrastructure, hatchery capacity, and nursery and growout cages. Further investments in—for example—feed production, processing, and distribution come on top of this amount and depend on the set-up of the company. Capital can be deployed in stages and financed from equity, debt, and—once sales increase—also partly from a farm’s own cashflow. When deciding to invest in a tilapia farm in sub-Saharan Africa, we strive to make investments with an internal rate of return (IRR) of 20%, taking into account the risk profile of the company and country we invest in.

While it is the farmers that produce the fish, the only way they and their products can flourish is under the right conditions. Strengthening the enabling environment of tilapia farms will be crucial for the expansion of aquaculture in sub-Saharan Africa.

This enabling environment includes a regulatory and governance framework that supports sustainable aquaculture; capacity building in the public and private sector to create an educated workforce; investments in infrastructure such as roads, electricity, and transportation; the production of high-quality inputs (such as feed mills, hatcheries, and health products); and access to technology, finance, and investment. 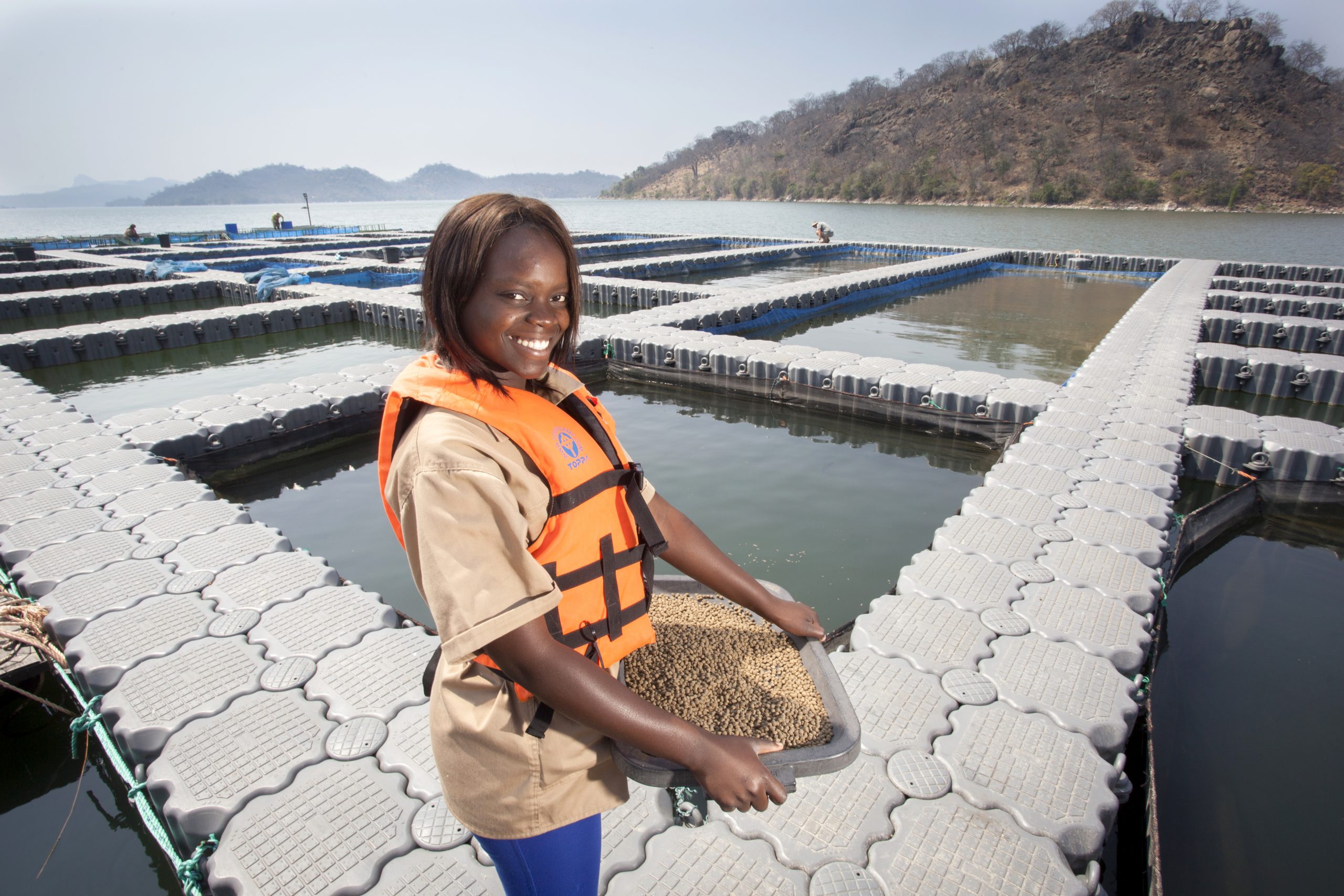 Our first industry report and the first six blogs aim to inform you about opportunities for investing in tilapia in sub-Saharan Africa.

Although the first investors have stepped up, many more are needed. Most of the farms that have attracted investment did so from DFIs such as the African Development Bank, Entrepreneurial Development Bank (FMO), Finnfund, and Norfund; and impact investors such as Conservation International Ventures, DOB Equity, Goodwell Investments, Veris Investments, and ourselves, Aqua-Spark.

While many other investors that looked into tilapia in sub-Saharan Africa—such as EXEO Capital and Rabobank—don’t dispute the potential it holds, various factors, such as the relatively long time frames, small ticket sizes, and high risk levels, prevented them from actually investing.

At Aqua-Spark, we believe that to finance the next iteration of aquaculture in sub-Saharan Africa, around $300m needs to be invested through equity. This will only cover the short- to mid-term capital requirements of the top 25 companies in our Africa pipeline. A significant amount of this total involves tilapia production and its upstream and downstream value chain.

These initial investments will be the basis from which to develop and scale a regional industry. The figure of $300m covers the funding of cornerstone investments required to build this framework—but it’s just the tip of the iceberg. 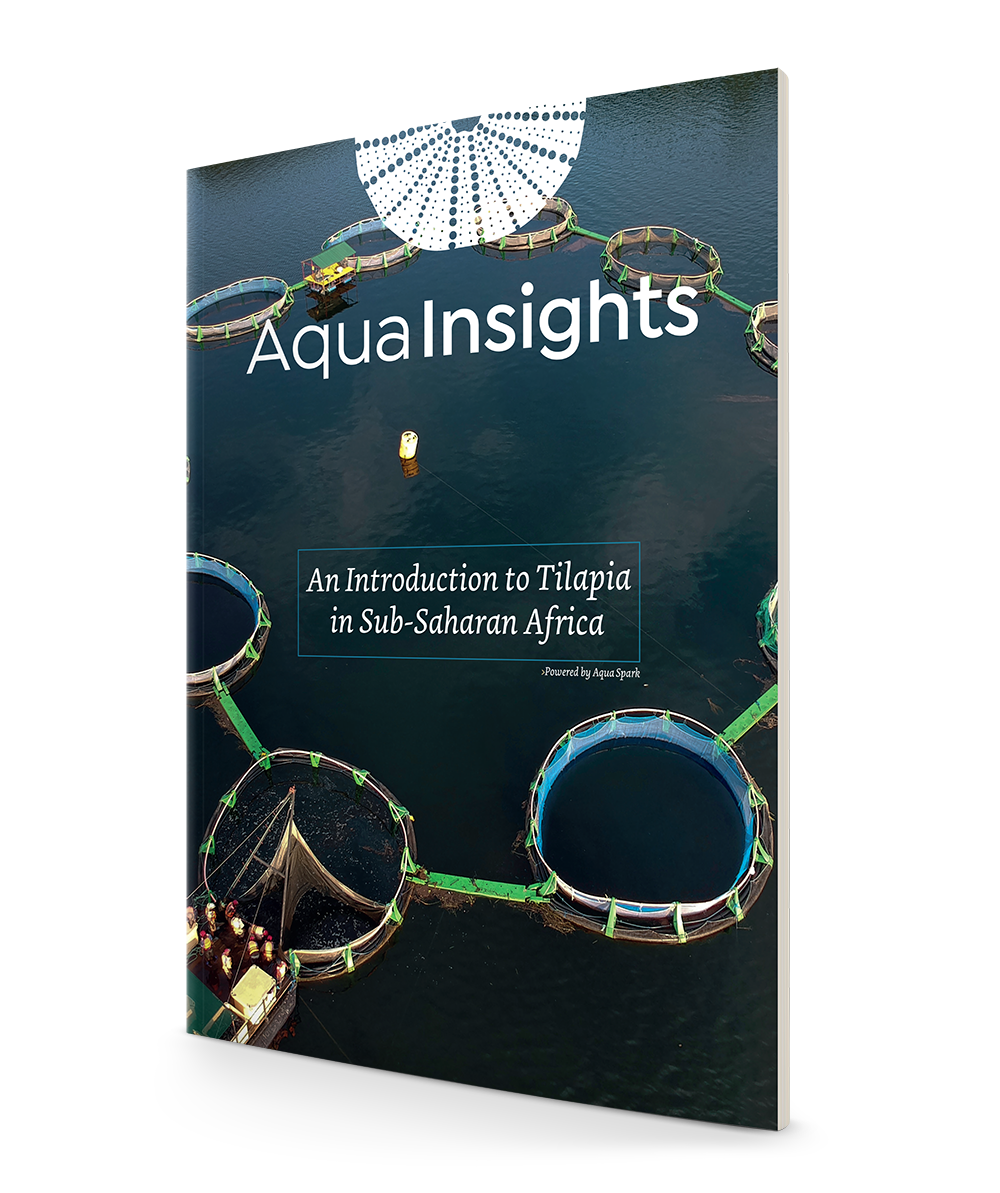 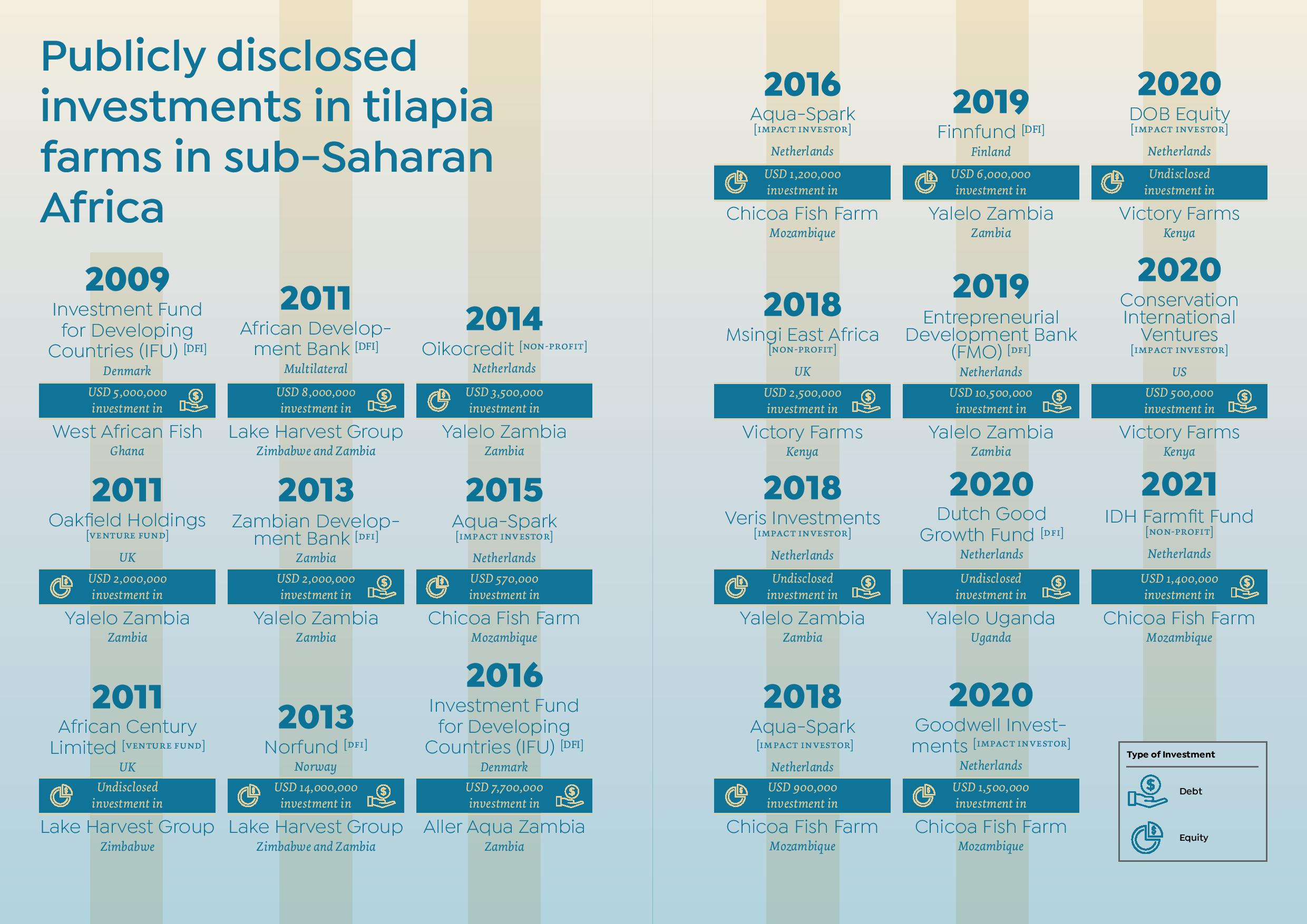 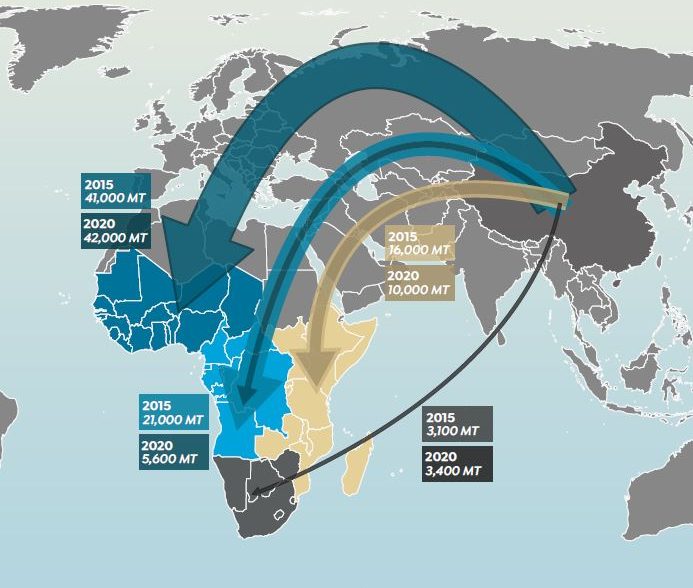 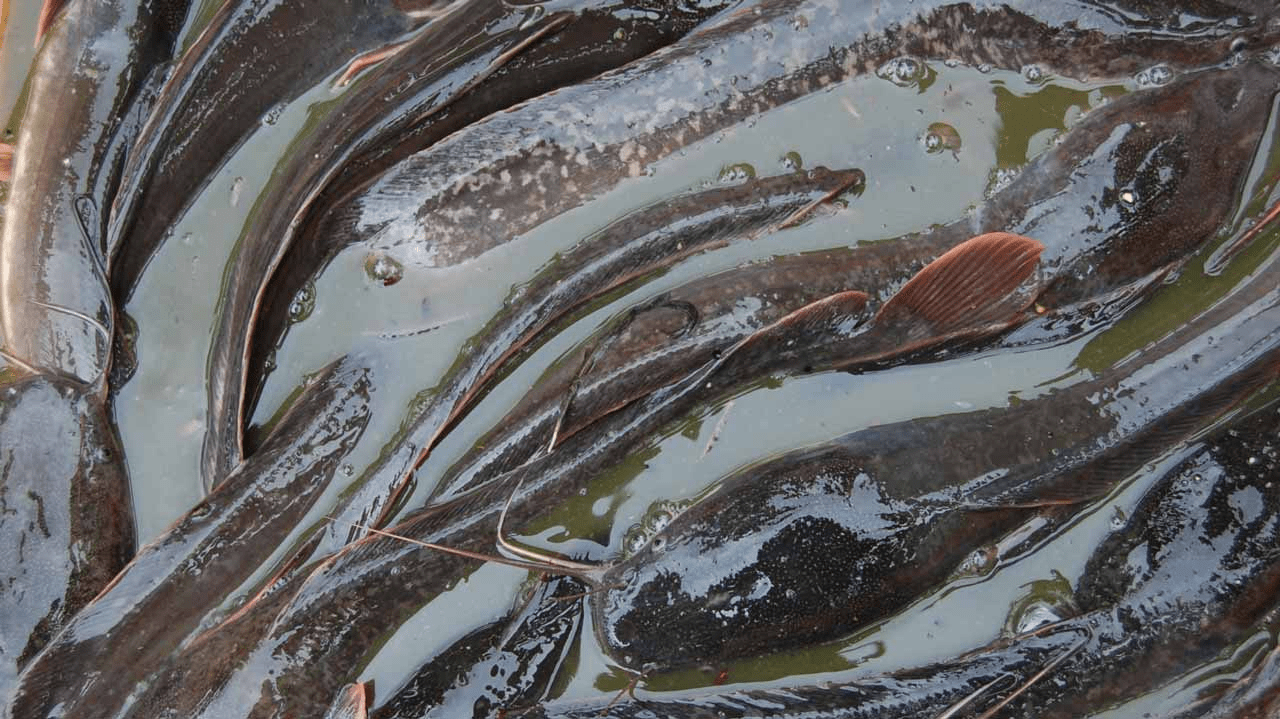 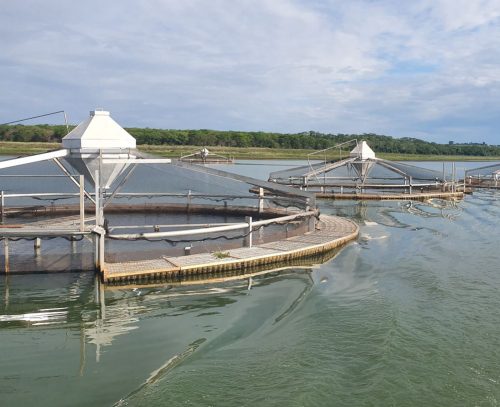 Observations from Egypt and Brazil, Two of the World’s Largest Tilapia Producers 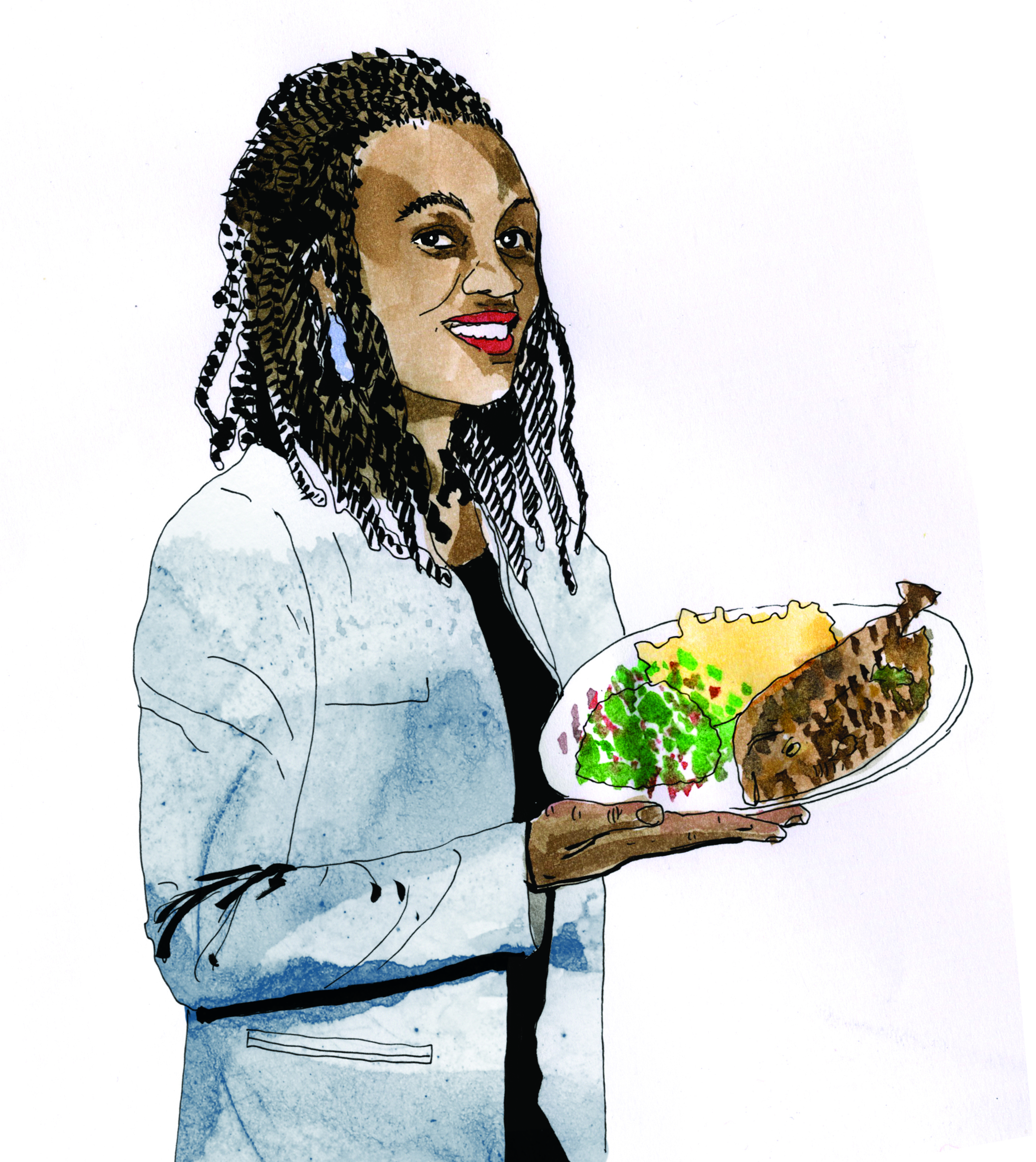